On Monday, August 9th, my former Mother-in-Law informed me that Frank had passed away.

Frank is my ex-wife's Father, my former Father-in-Law, and a man I've known for over a decade.

I'm admittedly still not very good at processing death, especially when it's someone close to me, and it took me a while to respond to the message she had sent.

My last exchange with Frank was on his birthday this year, though I'd been planning on reaching out to him about a book club I was hoping to resume, as well as something Dungeons & Dragons related, within the upcoming months. I'd been told he was a great DM, but never had the opportunity to see him in action.

A book recommendation he had given me earlier in the year, David and Leigh Eddings’ Belgariad series, still sits at the very top of my Amazon book wishlist.

My ex's family is filled with a ton of amazing, loving, exceptional individuals, and Frank had always been a prime example of that.

He was a Soldier, Science Fiction and Fantasy fan, and a ton of other things that made me feel like I had really lucked out in the Father-in-Law department.

Most important, though... he was an incredible Father and Grandfather, which I'd both heard in story and witnessed first hand on countless occasions. 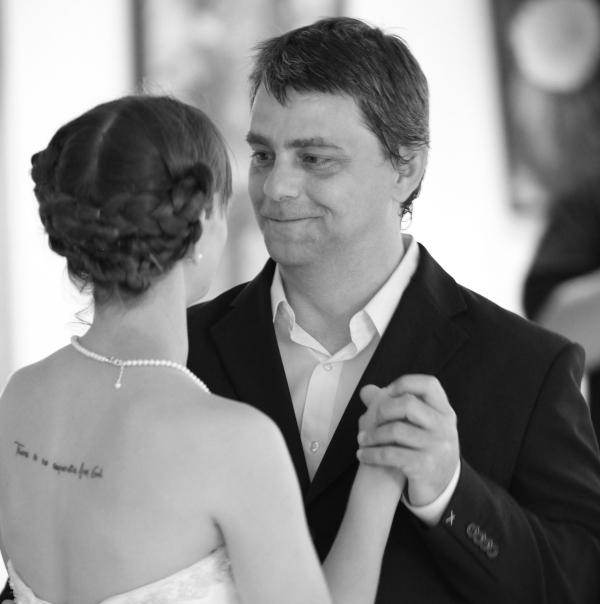 The first day he called me son, I cried.

When that title felt like it had all but vanished in 2018, he had this to tell me after I had wished him a happy Father's Day...

He never stopped being kind to me.

We disagreed about a number of things, mostly in the political space, but Frank was never a jerk, even in times when our opinions couldn't have been more opposite. To this day, I've found myself, on many occasions, overhearing heated back-and-forths while out and about, or scrolling through them on Social Media, and thinking... “goodness, why can't these folks be more like Frank?”

Frank's memorial service was today, not too far from where I now live. I was made aware through shared Facebook posts and really wanted to attend. I wanted to move everything around today so that I could go, but this huge part of me worried that my presence wouldn't have been a good thing. Perhaps I was wrong, but I didn't want to risk making anyone uncomfortable... so I didn't go.

I think I'll always wish I did. I'll also wish I could have done a better job getting over my nervousness and overthinking to reach out more often than I did, to chat about books, neat things I'd stumbled across, or things that made me think of him. I'll wish I could have done better than a post on my writing blog.

Because, for everything he has always been, for all of the love he has given to family and so many others, Frank honestly deserves more than any words I could ever form.

To anyone reading this who knew Frank, I also struggle to find the words, but I'm so sorry for your loss. Frank was an incredible human being.

and to Frank, Thank you for the light, kindness, memories, and smiles you brought me.

I will never ever forget you.