To celebrate Ally’s arrival, we thought we'd order a pizza from a place I would frequent when I'd last lived in this town.

Somehow... we managed to accidentally order a pizza meant to feed a small army.

Though we managed to put a rather substantial dent in (what we later learned was called) “the Piezilla,” we were left with two gallon-sized Ziploc bags-worth of leftovers in our fridge at the end of the evening.

A solid week of “pizza in the morning, pizza in the evening, pizza at suppertime” is nice, but variety is important, and creativity is fun... so we decided to get wild!

We figured we'd start with some fries we had on hand. 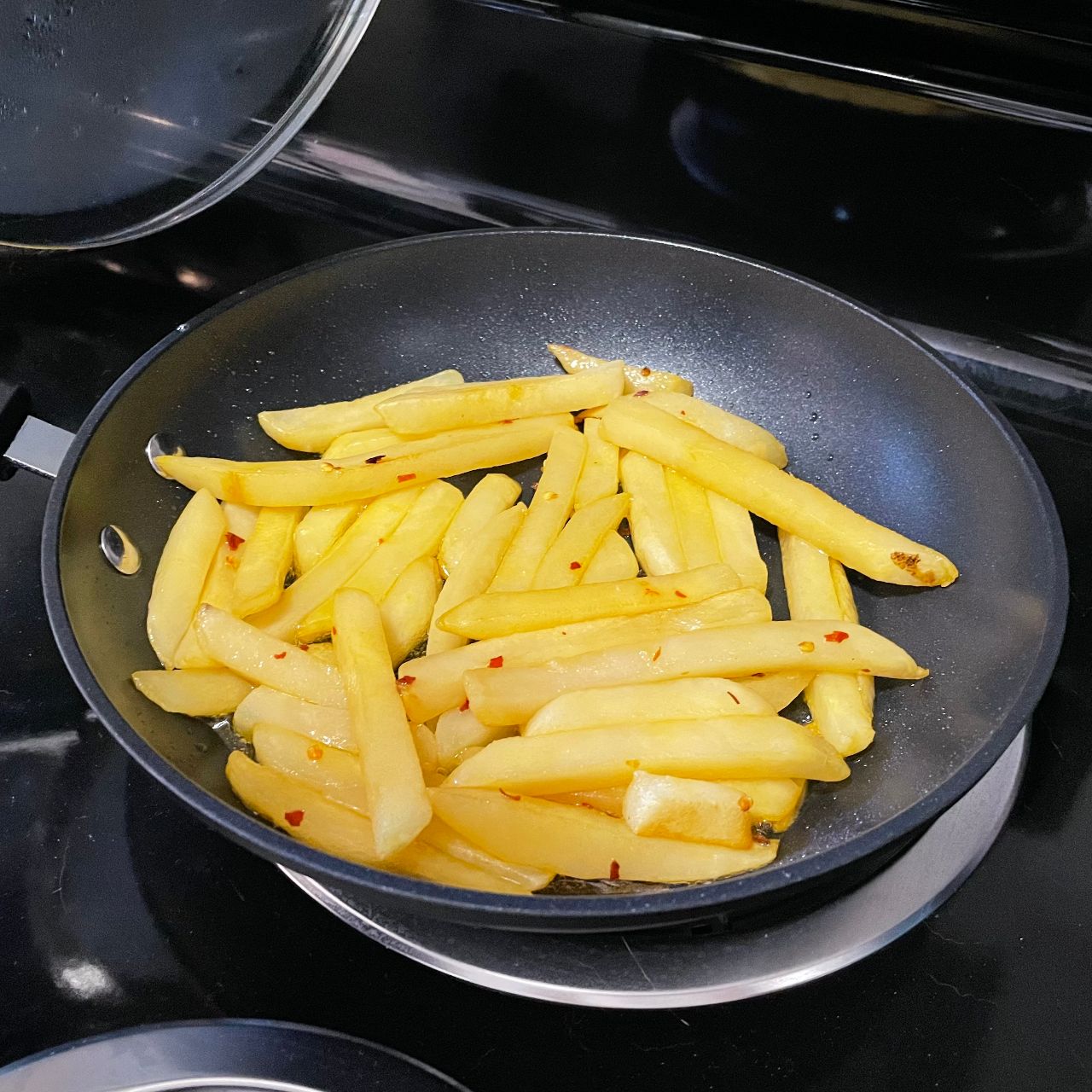 We then cut up some slices on a cutting board, removing the crust and setting it aside as “breadsticks.” 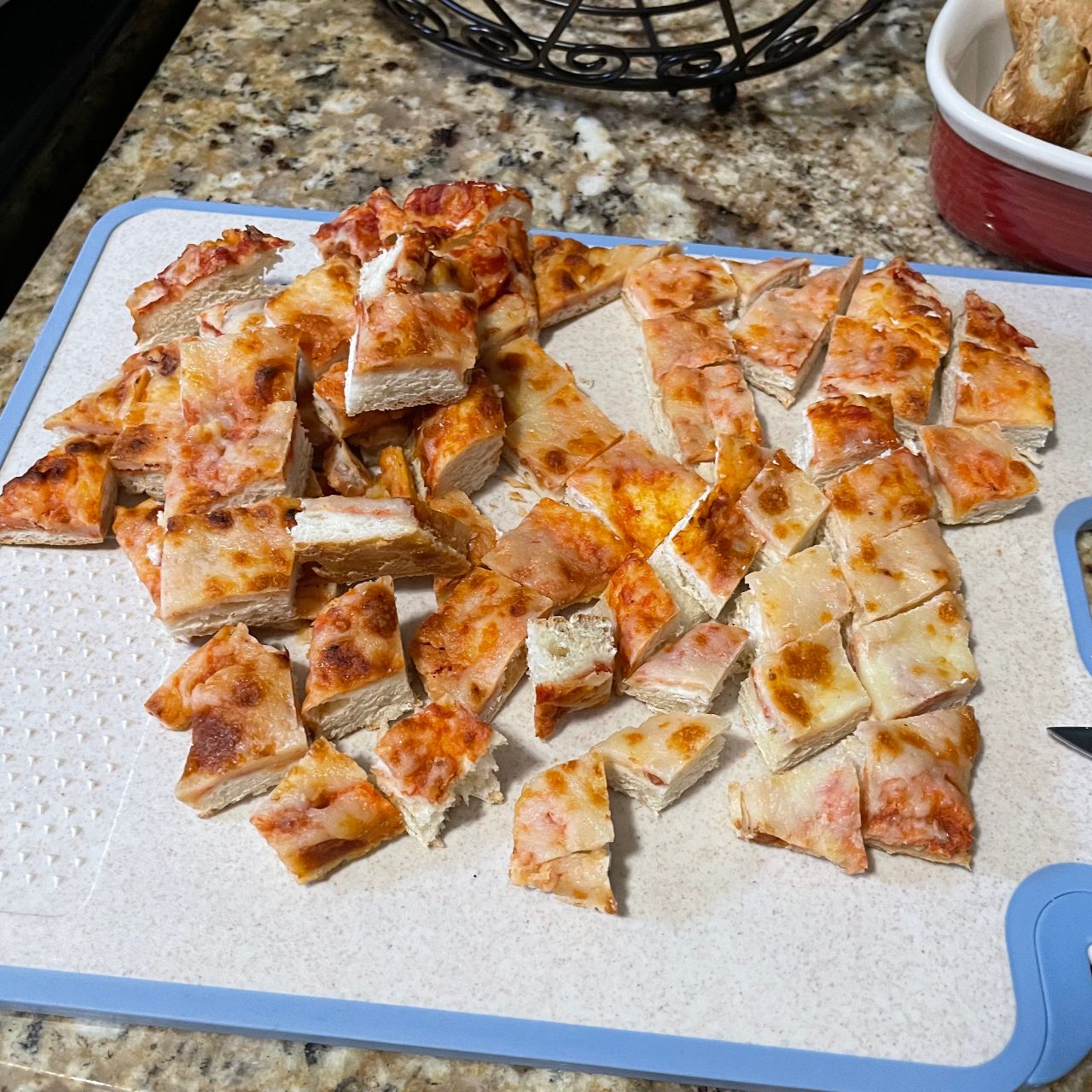 We then tossed it in with the fries, along with some chopped-up Boar's Head pepperoni. 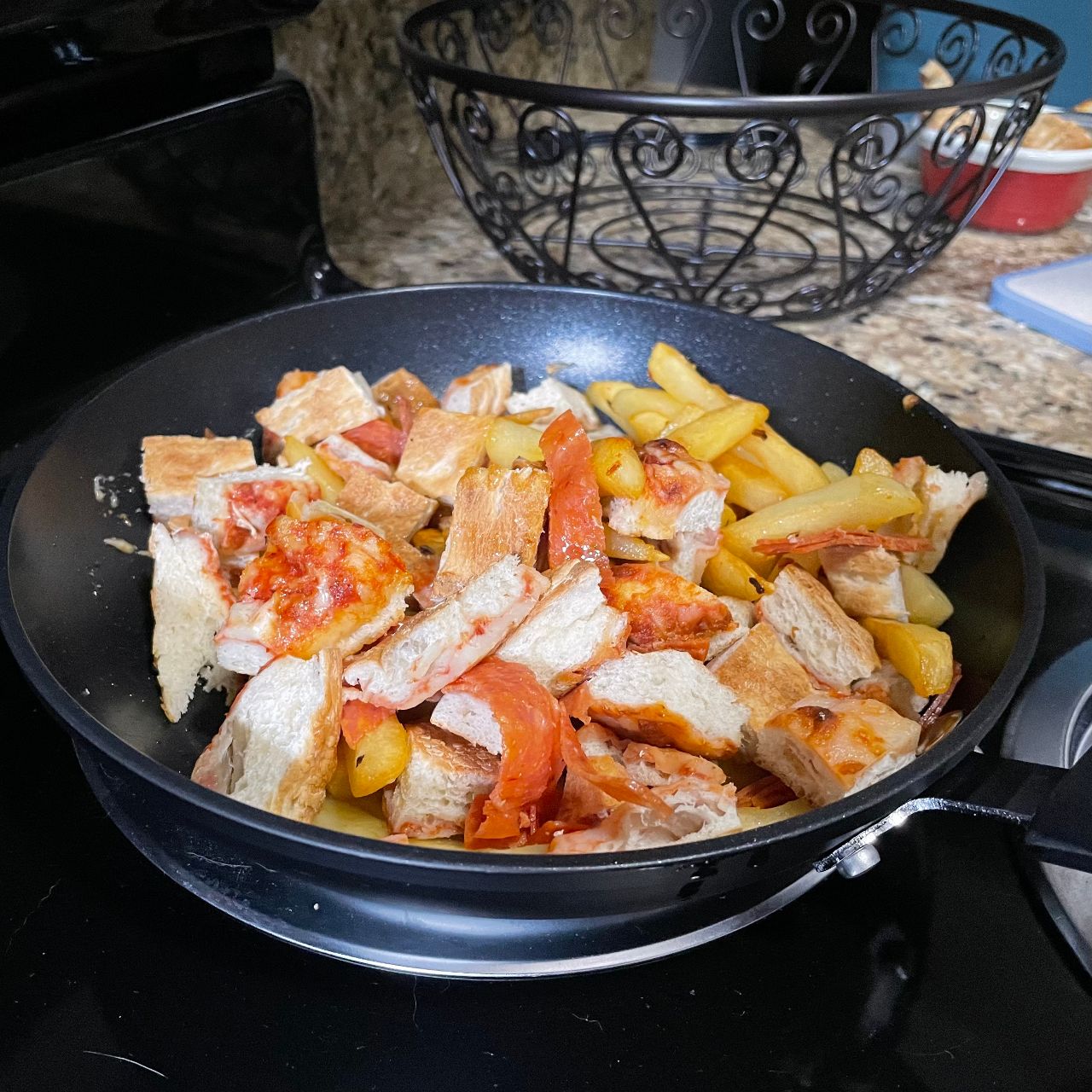 Gotta keep it healthy, so we added spinach, along with some goat cheese near the end. 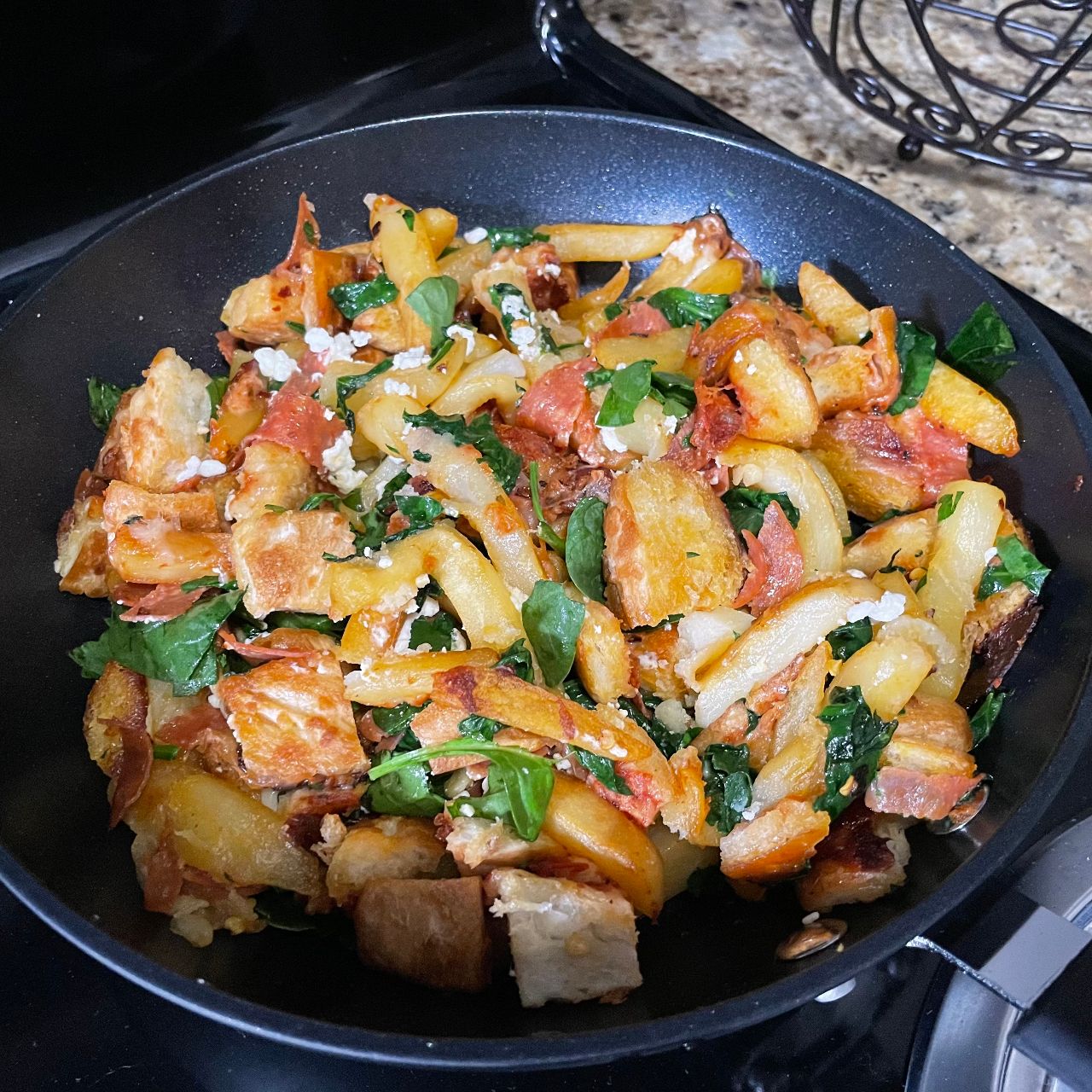 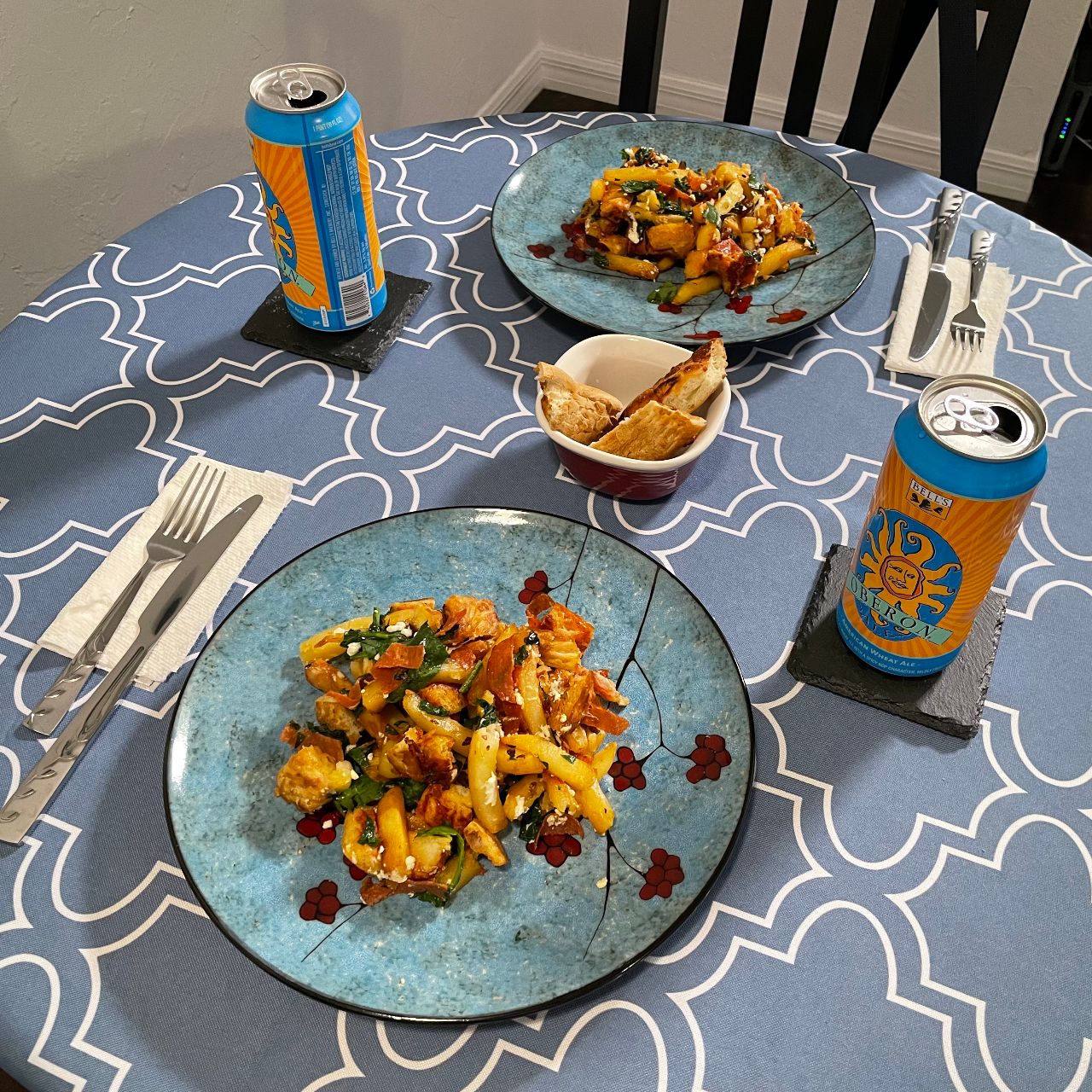 We still had leftover pizza remaining... so we attempted a version 2 the following evening, adding broccoli, shredded carrots... and pizza rolls. 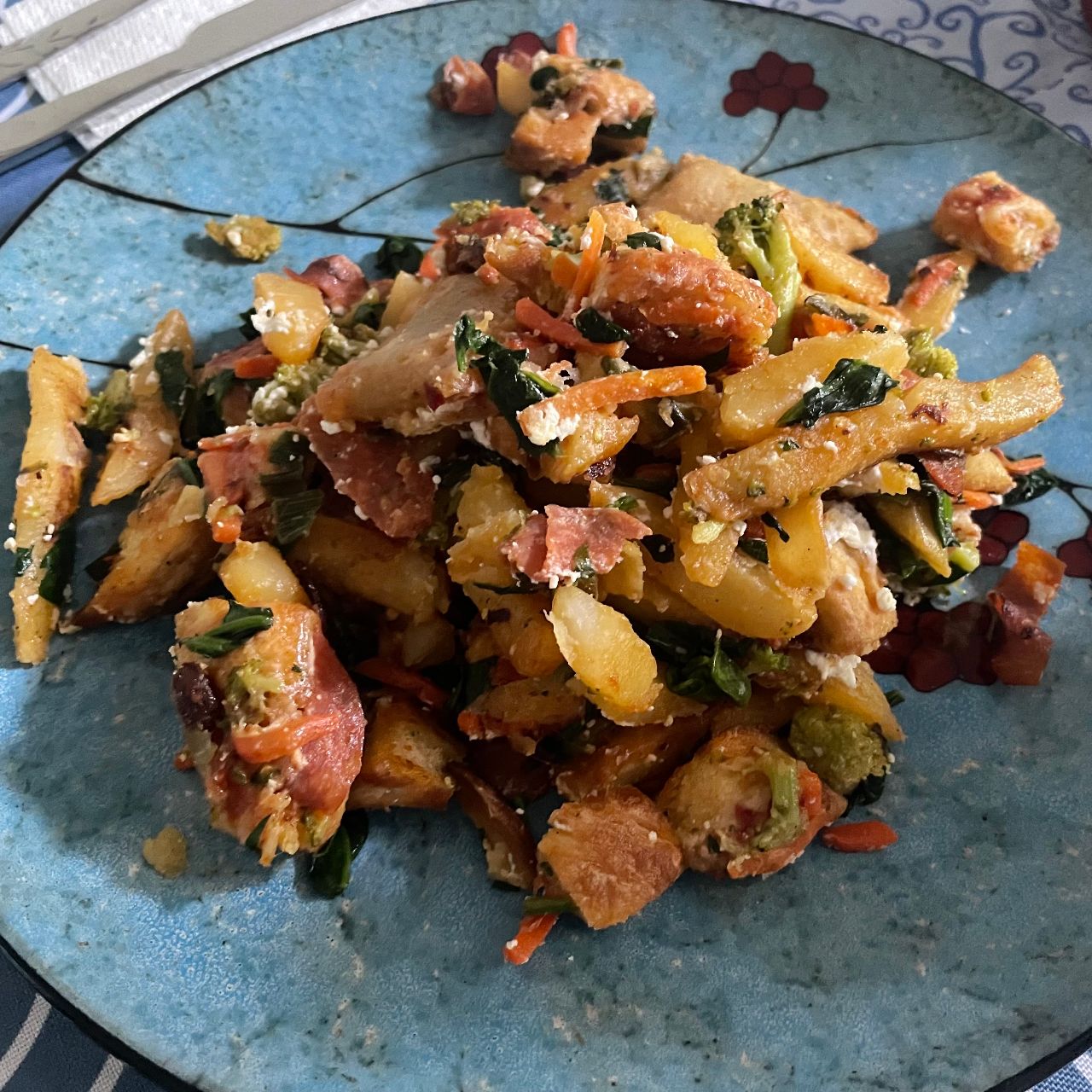